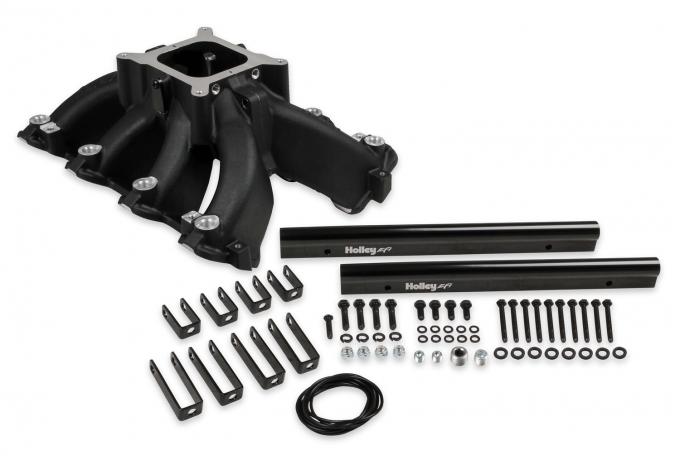 CALL US
877.454.7792
Description Downloads Video Specifications Reviews (0) Product Q&A
The new single plane intake manifold is designed to provide a broad RPM powerband for high-performance street/strip engine applications to a maximum engine speed of 7500 RPM. The carburetor-mounting pad is designed to accept all stock or aftermarket square-bore carburetors with manual or electric chokes. These intake manifolds are designed to accept most stock hardware and accessory brackets, but offer performance features; like an updated plenum divider area, a 1" shorter height than the 300-25 manifold, and a choice of two distributor clamp locations. The isolated design of the air/fuel passages helps to increase charge air density and performance. The 300-261 intake manifolds are designed for square-bore carburetor applications on 1957-86 262-400cid Small Block Chevrolet engines and SBC engines equipped with 1987-91 L98 aluminum Corvette cylinder heads (non-EGR applications). Also, these manifolds will work with any SBC engine equipped with aftermarket cylinder heads, as long as they have a standard port flange opening and mounting bolt locations.
Features:
Holley Performance Emission Code 3: This part is legal for sale and use on Uncontrolled (Non-Emissions Controlled) Vehicles and Racing Use Only Vehicles. The following vehicles are considered Uncontrolled (Non-Emissions Controlled) Vehicles: 1965 and older U.S. manufactured California Certified vehicles/1967 and older U.S. manufactured Federally Certified vehicles/1967 and older Foreign manufactured vehicle. The following vehicles are considered Racing Use Only Vehicles: Racing Use Only Vehicles are vehicles that are used exclusively for competition and that are not registered and that may never be used on the street. WARNING: It is against the law to install this part on an Emissions Controlled Vehicle. The following vehicles are considered Emissions Controlled Vehicles: 1966 and newer U.S. manufactured California Certified vehicles/1968 and newer U.S. manufactured Federally Certified vehicles/1968 and newer Foreign manufactured vehicle
About Holley Performance Products

Holley has been the undisputed leader in fuel systems for over 100 years. Holley carburetors powered every Monster Energy NASCAR Cup team and nearly every NHRA Pro-Stock champion for four decades. Now, Holley EFI products power these cars and are dominating the performance world. Holley products for GM's popular LS engine are dominating the LS scene as well. Holley's products also include performance fuel pumps, intake manifolds and engine dress-up products for street performance, race and marine applications. As a single solution or partnered with products from other Holley companies we can give you the edge you need over the competition! 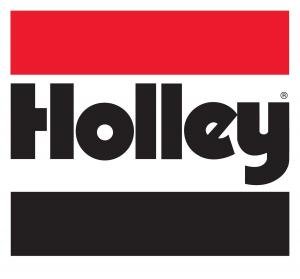