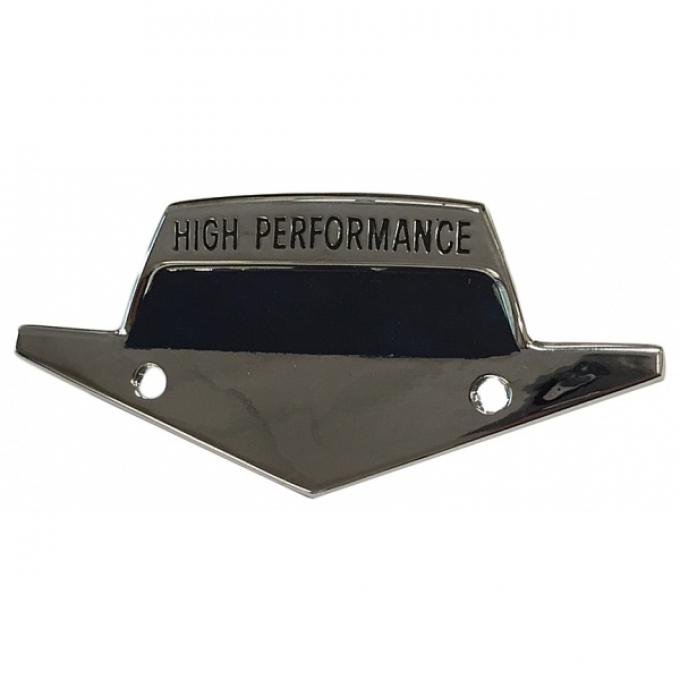 Having a rare vehicle is both exhilirating and challenging.  This sentiment, expressed by one of our valued customers, began a six-month project which led to us being able to offer this amazing fender engine size call-out emblem backer.

These were originally found only on Ford Fairlanes built in 1963 and 1964 with the venerable K-Code 289.  Today that means that decent ones are in very short supply and, if one can be found, very expensive.  Couple that with the fact that most people need a pair and they become one of those 'impossible to find' parts.

This customer mentioned that he happened to have an amazing original example.  He offered to trust us with it in hopes that others might be able to benefit from having the opportunity to acquire one, or several.  His emblem backer was carefully copied so it could be reproduced in die-cast metal, and chrome-plated like the original.  The black areas are carefully hand painted by artisans, one piece at a time.

We offer many of the 'V' shaped engine size fender emblems, including the 289 emblem this was originally used with.  It will look and work great with any, and is sure to be a great conversation-starter with anyone who appreciates rare parts.

The original emblem backer has been returned unharmed to our customer with our thanks.  We hope many enthusiasts are also appreciative of the chance to have such a special detail item on their vehicles.